“An interdisciplinary political economy approach that embraces sober and systematic explorations of the most urgent questions of our time.” 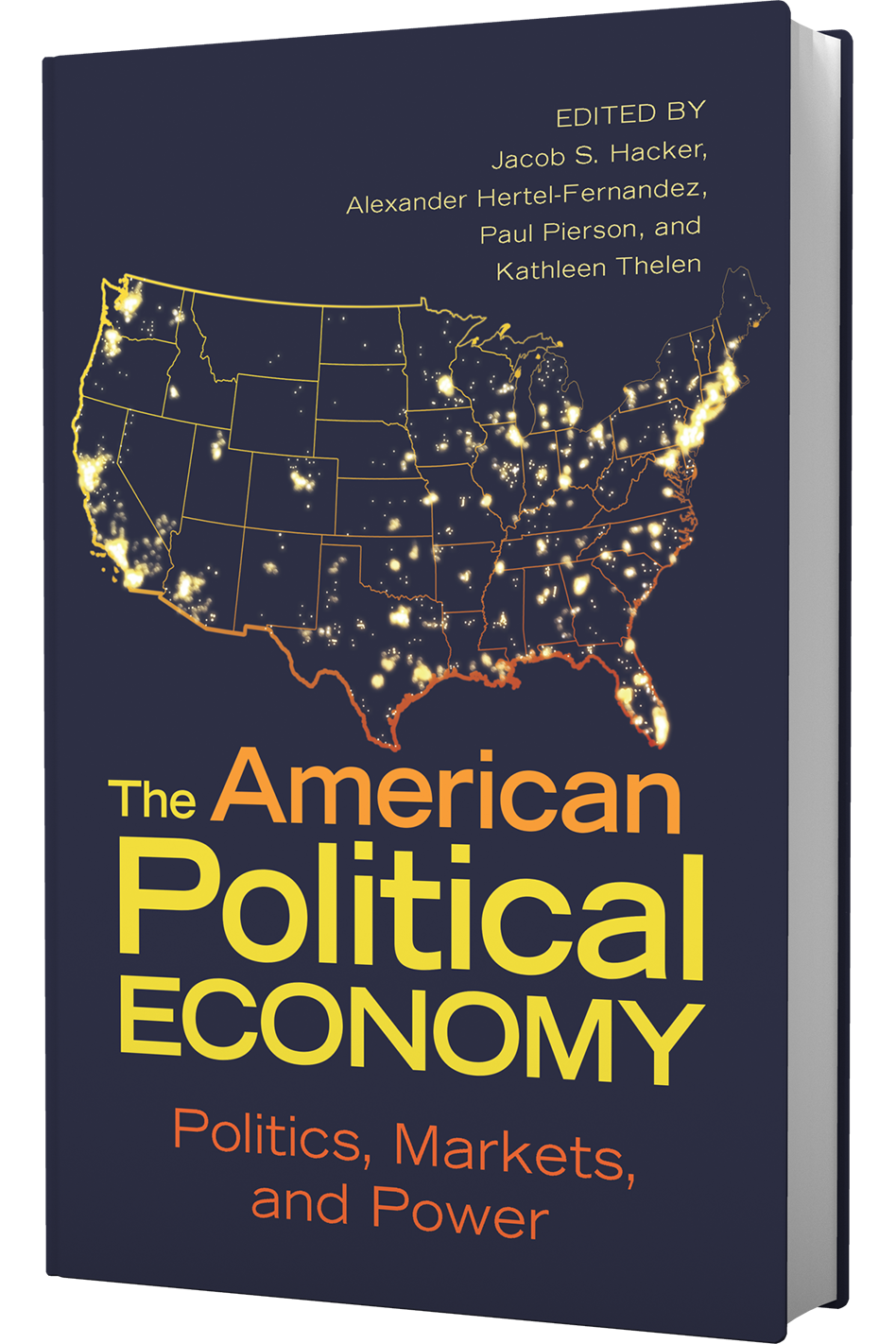 Until recently, specialists in American politics have left debates about globalization, the rise of economic inequality, and the transformation of labor markets to economists and scholars of comparative politics.

“In this impressive volume, an accomplished group of scholars demonstrates the value of integrating the study of American politics with an interdisciplinary political economy approach that embraces sober and systematic explorations of the most urgent questions of our time.” —Jonathan Rodden, Stanford University

The American Political Economy is an agenda-setting collection, a must-read of theoretically bold and empirically wide-ranging contributions to our understanding of galloping inequalities and democratic erosions in the contemporary United States. Business power, union decline, racial inequities, government weakness, and regional disparities – all get provocative fresh looks here. Scholars and students alike will find much to debate and new questions to investigate.' Theda Skocpol, Harvard University

Injecting the study of American politics with a badly needed dual dose of economic realism and comparative insight, The American Political Economy reminds us of the inescapable and mutual embedding of a fragmented state in a heterogeneous economy and a racially divided populace. A transformative collection whose paradigmatic lessons will keep on giving, for decades.' Dan Carpenter, Harvard University

This is the rare edited volume that features real intellectual heft. It not only bids fair to reorient the study of American political life but it also promises to shape the scholarly sensibilities of generations to come. Drawing on contributions from a dazzling roster of luminaries and rising stars, it makes a compelling case that political economy should occupy a central place in our understanding of American politics.' Anthony S. Chen, Northwestern University

Pop-Up Notices can be included on the site with links.
Dismiss